BRAINTREE, MA — The Braintree Planning Board unanimously approved allowing a family entertainment center with trampolines and virtual reality machines to open at the South Shore Plaza. 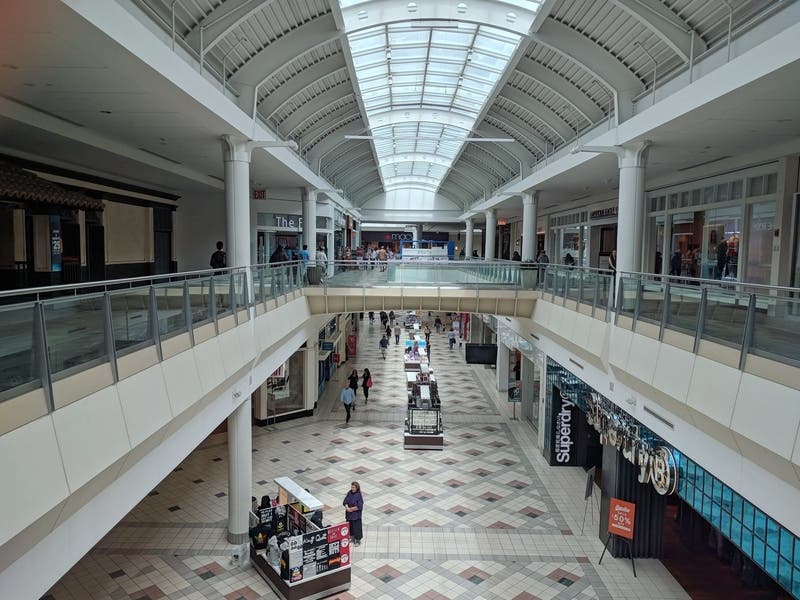 Space Zero, is expected to open in August or September, on the first floor of the mall's Nordstrom wing. Frank Marinelli, a lawyer representing the company, told the board Tuesday, Space Zero will offer 10 trampolines and several virtual reality machines. The machines include a ski simulator, a motorcycle ride and a rock climbing machine with wind and weather effects.

"They're immensely realistic and entertaining, and everyone could use a little fun right now," Marinelli said.

The 7,400-square-foot space will also feature two rooms for birthday parties and other functions, though no food will be prepared at Space Zero.

Marinelli told the board entertainment complexes are getting more popular at malls, as online sales cut into profits of brick and mortar. "Businesses that sell something you can buy online as you all know, like the prior tenant of the space, are suffering," Marinelli said. "You cannot buy online the Space Zero trampoline experience."

WEYMOUTH — A national developer wants to build 270 apartments and 4,200 square feet of retail space in an industrial area on Route 53. 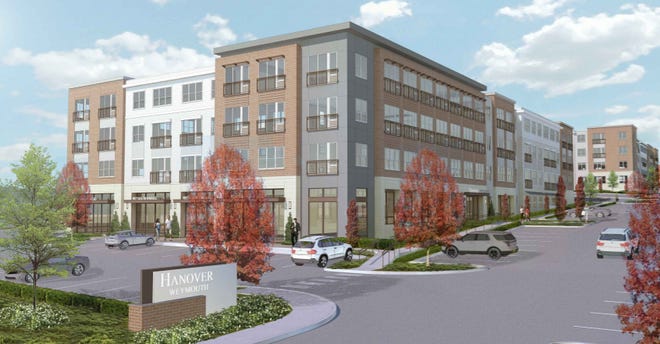 A rendering of Hanover Weymouth, which Hanvoer R.S. Limited Partnership is proposing for 1325 Washington Dt. in Weymouth. (Photo by Wallace Wilcon Architects)

Hanover R.S. Limited Partnership is proposing the project at 1325 Washington St. under the town's commercial corridor overlay zoning district. The zoning is meant to encourage developers to rehab blighted properties by building multi-unit housing with a commercial component on stretches of Columbian Street and routes 53, 18 and 3A.

The developer and Braintree attorney Frank Marinelli presented the plans for "Hanover Weymouth" to the zoning board of appeals on Wednesday night. The project requires a special permit from the board, but no zoning variances.

The project would have 148 one-bedroom, 108 two-bedroom and 14 three-bedroom apartments spread between two buildings. It would also have 4,200 square feet of retail space and 394 parking spaces. The total area of the buildings is about 344,000 square feet.

The project would house approximately 32 school-aged children, though Marinelli pointed out that the district has seen a drop in school enrollment in recent years.

Marinelli also pointed to a fiscal impact study, which estimated the value of the project at $58.7 million. That would bring in about $693,800 of property tax revenue annually for the town.

WEYMOUTH — After working with neighbors to address their concerns about privacy and noise, a developer got the OK to build a senior living development on Route 18. 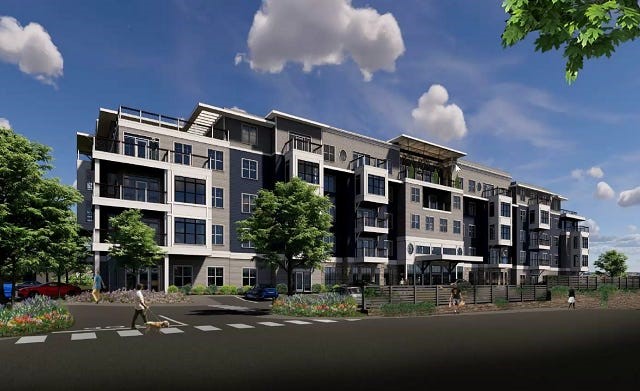 MacKinnon developed Linden Ponds senior living in Hingham, and is building a mixed-use development at the North Quincy MBTA Station.

Frank Marinelli, an attorney for Atlantic Development LLC, said the project represents an investment of approximately $30 million. He said it would bring in $355,000 in property tax revenue for the town annually – up from about the $45,000 the sites generate now.

In exchange for approving the delivery facility, Stop & Shop has promised to do a “major renovation” of its existing store on Middle Street in 2023.

Frank Marinelli, attorney for RK Weymouth LLC, said the combined 89,000 square feet has sat vacant for almost three years. He cited the substantial growth of online shopping and the challenges facing brick and mortar stores as reasons to reuse part of the retail space for a more commercial use.

(Click here to read this story in the Patriot Ledger)

WEYMOUTH — The Weymouth Board of Zoning Appeals on Wednesday voted unanimously to grant three special permits that will turn 49,000 square feet of retail space into a new Peapod by Stop & Shop delivery facility.

RK Weymouth LLC, which owns the shopping center at 110-140 Main St., is now a step closer to turning the rear of the lot into an e-commerce facility, which the petitioner described as an “adaptive reuse” of the designated retail space.

The plan also includes turning the front 40,000 square feet of space, which has been empty about three years, into an Ocean State Job Lot. It was previously a National Wholesale Liquidators.